Latin American countries - Argentina, Brazil and Mexico - with significant oil and gas reserves, are up to the strategic goal of increasing hydrocarbon production in order to abandon imports and become exporters to foreign markets. This should lead to a positive trade balance, replenish the budget and create jobs in the national economy.

It should be noted that mainly state-owned corporations - Brazilian Petrobras, Argentine YPF and Mexican PEMEX - which produce more than 90% of hydrocarbons in their countries, in the 21st century found themselves completely unprepared for the challenges of today and unable to master advanced technologies. Their existing fields they had been developing for years became naturally depleted, resulting in a prolonged decline in production. Along with the sharp fall in oil prices in 2014, this resulted in reduction in budget revenues, raising the already high social tensions in these countries.

The combination of external and internal factors forced Latin American governments to act decisively. Liberazing the legislation in the oil and gas sector and significantly improving the business climate in the industry, they raised foreign investment and involved best practices in the development of complex new deposits located on deep and ultra deep shelf or in the unconventional sandstones.

Each country has its own history to draw the right conclusions from.

Brazil, one of the top ten oil producers in the world, has been pursuing for the second decade a program of raising investments in hydrocarbon exploration and production through a systematic organization of oil and gas auctions and entering into Production Sharing Contracts (PSC) .

For ease of planning, the schedule of the next rounds is slated for 2021. More than 85% of the country's proven oil and gas reserves are offshore.

The winner of the auction is determined by the amount of the proposed one-off budget payment (signature bonus). In addition, it takes upon investment obligations according to the minimum program of work at the first stage of exploration. So, the subject of the auction - the starting payment - was set at $ 820 million this year.

By the way, according to the results of last year's auctions with 22 sites with a total area of 16.3 thousand km2, the minimum amount of investments in exploration promised by the winners exceeded $ 360 million, while the total payment to the budget reached a record amount - $ 2.4 billion.

The winner of the competition was determined by the work program (volume and type of seismic) and the amount of payments paid to the state budget at the first exploratory stage of the project implementation. The peculiarity is that the companies from the first half of the Top-100 of the World Oil Companies according to Energy Intelligence are automatically determined as operators of the projects.

A few years earlier, Argentina had already attracted well-known players such as Chervon, Exxon Mobil, Petronas to develop (on the basis of joint projects with YPF) one of the world’s largest shale deposits - Vaca Muerta, which can make the country an exporter of oil and gas in the short term.

Interesting is the fact that the Argentine government in advance guaranteed investors from 2018 to buy gas produced in this province at a fixed price of $ 265 / thousand m3 with a gradual reduction to $ 210 by 2021, thereby neutralizing price risks for them. To date, Argentina annually produces 27 million tonnes of oil and nearly 40 billion m3 of gas.

As for PSC, the sites in well-explored oil and gas regions with proven reserves were referred to here, the payment to the budget is fixed here, and the applicants who were requalified are fighting for the amount of the proposed profit share (profit oil), which is formed after the investor compensated all the costs.

It is worth mentioning that the last rounds will be attended by the international players - Chevron, ExxonMobil, Equinor, BP, Shell, Total; national corporations -CNOOC, Petronas, Petrobras, as well as ambitious big-cap companies - Repsol, Enauta, Wintershall.

It is their experience in complex deep offshore operations that aims to further increase Brazilian production.

Apart from new sites that were never put up for oil and gas auctions or PSC competitions, the Brazilian government constantly offers areas previously provided to oil companies but returned or sites that were part of previous licensing rounds but did not get the investor. The result of this policy is that over 1,800 sites are available for investment. In case of interest to any of them, it is put up for auction within 90 days.

This year, Argentina held its first ever offshore oil and gas competition on the Atlantic shelf, putting up 38 sites with a total area of 200,000 km2. The applications were filed for half blocks that brought nearly $ 720 million in the country's budget. Among the winners are ExxonMobil, Shell, BP, Equinor, ENI, Total, Qatar Petroleum, Pluspetrol, Wintershall, Tullow Oil.

It should be noted that the applicants were provided access to the data bank, which, in particular,  included survey reports compiled by Schlumberger, as well as fresh 2D seismic conducted by the Norwegian company Spectrum.

According to the governmental plan adopted during the reign of the President Enrique Peña Nieto, Mexico launched a sustainable and transparent process of attracting investors to develop its own hydrocarbons for the first time in 80 years since the sole domination of the national PEMEX corporation in the Mexican market.

Amending the country's constitution in 2013 gave the start to the world's largest-scale reform for the de-monopolization of energy sectors, fostering openness for new players to produce, transport, process and sell energy resources. To create a modern legal field, 9 new laws were adopted and 12 existing laws were amended that defined the role of independent regulators, introduced tax incentives, settled social and environmental issues.

The arrival of large private and foreign investments is intended to slow down the fall in domestic production under the frame of old shallow-shelf projects, within which oil production fell by a third (up to 125 million tonnes) over the last decade and to involve sufficient competencies to develop new capital-intensive and complex deep water and tight sandstones projects .

One of the major achievements of the new legislation is the ability of foreign investors to participate in the exploration and development of hydrocarbons through various mechanisms such as product sharing contracts, profit sharing agreements, licensing and universal service agreements. The corresponding program provided for cooperation at more than 500 sites with an area of over 225 thousand square km by holding 14 oil and gas licensing rounds for new blocks and existing PEMEX’s licenses.

In just four years, over 100 licensing agreements were signed, under which the Mexican government expects to attract more than $ 130 billion of investments. Almost all of the world's leading oil and gas companies - ExxonMobil, BP, Equinor, Shell, Chevron, Qatar Petroleum, Inpex, Eni, BHP Billiton, Petronas, Total, COOC - announced their drilling plans in Mexico. A number of historic discoveries took place in the country in recent years, and the industrial development of new fields is expected to begin this year.

The arrival of a new president in Mexico at the end of 2018 resulted in the announcement of a three-year break in new bidding to evaluate production results at areas already provided. Although strong pre-election statements made investors nervous, over time the newly elected president calmed tension and assured that the government was going to continue to execute all agreements signed with private and international companies. He also announced a significant reduction in the tax burden on PEMEX corporation and plans to scale it.

As one can see, the open door policy in the oil and gas sector yielded meaningful results in attracting skilled investors to the exploration and development of hydrocarbons in Mexico. For the country's economy, this means large investments, new jobs and payment of taxes.

From 2016 to 2019, well-known international companies came to Latin American countries thanks to new fiscal policy, maximum openness to investors, a clear contractual base and easy administrative regulation. They were granted new sites to be developed through open international oil and gas auctions, tenders and cooperation with national corporations.  Therewith, the mechanisms of public-private partnership were: licensing for development, production or profit sharing agreements and universal agreements. The variety of co-operation mechanisms, subject to transparent rounds, helped attract a large number of new investors, and the evaluation of the participant's proposals by only a few simple and clear criteria made such rounds fair.

It should be noted that the decisiveness of the authorities and the political will have been the key to progress in these countries, although they can hardly be referred to the list of exemplary and business-friendly states due to permanent financial instability, high-level corruption, domestic violence and nationalization of private property.

Argentina and Brazil are notorious for their high-profile corruption scandals involving state leaders, their previous heads are under investigation or convicted. In particular, Brazilian Petrobras was accused of several billion dollar financing of pro-government political parties. Argentina – the world’s defaults champion - recently expropriated YPF’s assets and had to compensate $ 5 billion to private investors through court action . Mexico and Brazil are the world’s leaders in firearm deaths. Thus, more than 43,000 people are killed in Brazil annually, and the death toll in Mexico, where the war between drug cartels goes on, has long exceeded 100,000.

Despite of all the difficulties in these Latin American countries, their successful experience in developing their own oil and gas production clearly shows that positive change is possible provided strong goal. And our country with its great resource potential has every chance to involve international capital and the experience of progressive states, which will allow us to achieve energy independence. The main thing is to move beyond and make the right conclusions.

Ukraine, therefore, has three priority tasks the oil and gas industry has long been waiting for:

1.       Completion of the modernization of sectoral legislation in line with international best practices, providing for amendments to the laws to increase industry mobility and update government bylaws to deregulate workflows and revise outdated technical standards that constrain the transfer of advanced technologies (in particular, development of unconventional deposits).

2.       Ensuring systematic international oil and gas auctions and PSA competitions in a transparent and competitive manner with appropriate promotion of these activities at the highest level, easy access of applicants to geological information, as well as removal of all auction-off ways of obtaining special permits for new sites.

3.       Reform of the State Geological Service with a view of strengthening its competence as a public, independent and professional institution - a regulatory service agency - and providing it with the relevant powers and financial resources. 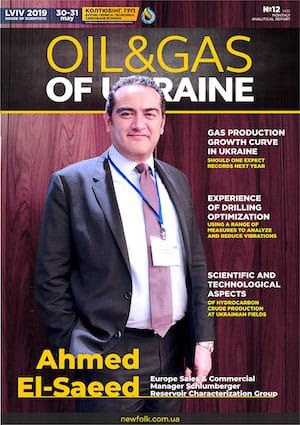