First Deputy Chairman of the Board of Ukrgazsdobycha JSC 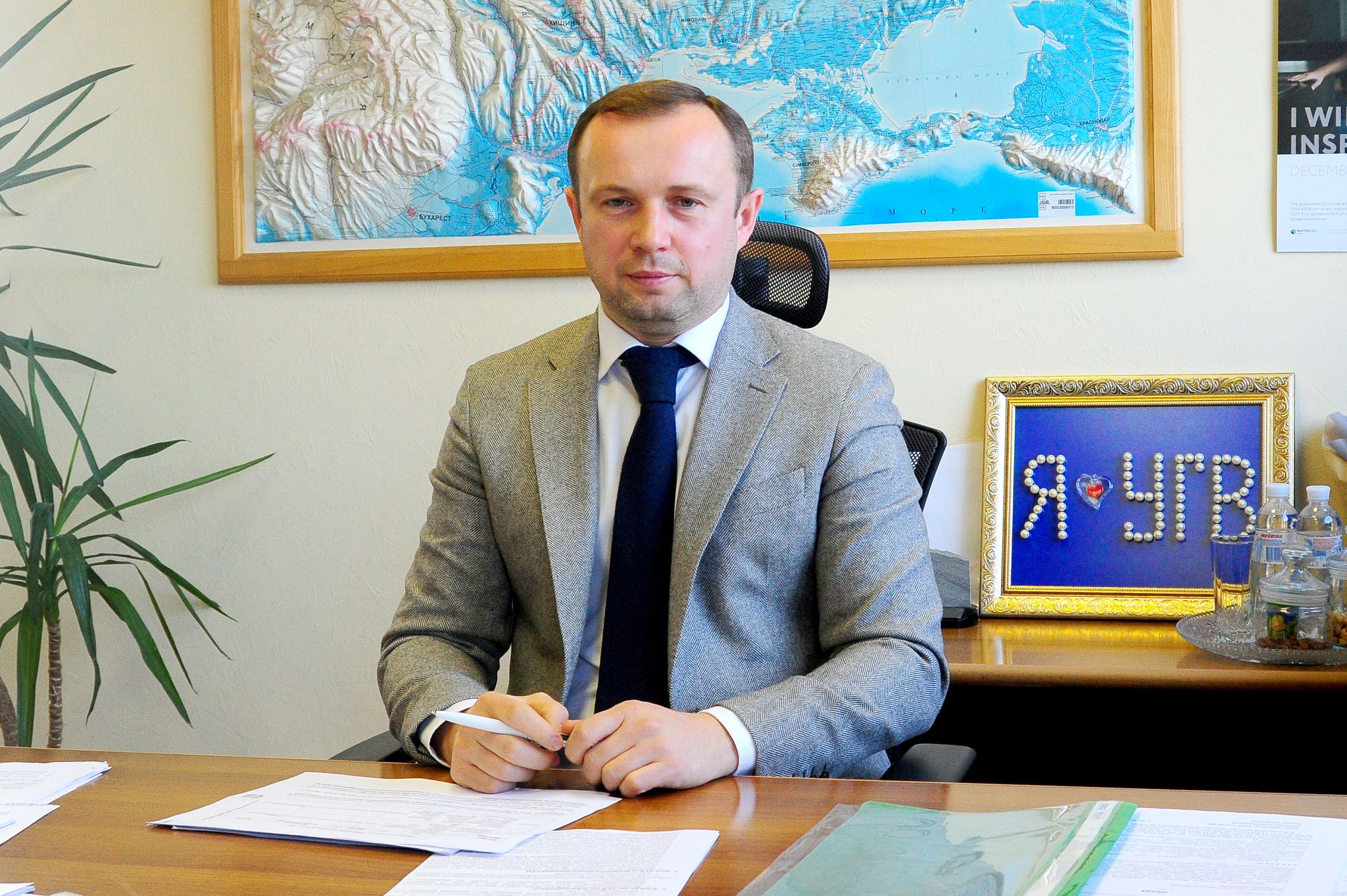 Alexandr Nikolaevich, UGV is now completing the process of involving contractors to РЕС contracts. Please tell us about these contracts, why the state and UGV are interested in them?

РЕС are production enhancement contracts that will increase production at depleted and mature fields. We have been preparing this idea for several years. Its main goal is to involve partners to those fields that are not preferred, which are now located in Western Ukraine, with a low level of production, so that they fully take control of these fields. It comes to partners who will be elected within a transparent competition and have experience in similar work. The winner will receive a long-term 15-year contract, this is the best world practice. The company that will receive this contract must at its own expense maintain the current level of production, as well as increase production at its own expense as much as possible and efficient. The company will receive one tariff per each cubic meter of gas produced at the current production level, and another tariff for an increase in production rate.

Those companies that will require the lowest tariffs and will offer to invest more of their funds will receive this contract. This practice is popular. In Romania, for example, more than 1,000 wells are externally managed. This practice is also common in Latin America, India, the countries of the former USSR.

What do you know about international practices in using РЕС contracts?

We were focused on the experience of neighboring countries, on Romania, on Petrom company, which is a former state-owned company, similar in its functions to Naftogaz NJSC.

Well management companies have been working in these countries for years.

For the pilot project, we selected a group of fields in Western Ukraine. The total amount of gas that is currently being produced at these fields is about 300 MMCM per year. We divided all this production between two clusters, consisting of three to eight fields. Among them there are fields with production underway and those without. These are the fields that are at the final stage of development, with a large degree of depletion of the resource base, but with good potential in deep horizons. Deposits being developed in Western Ukraine are located at a depth of one to three kilometers. One of the tasks for the company that will receive the contract is to offer options to increase production. One of the option is additional exploration, seismic survey and drilling new horizons that have not yet been exploited.

What is the amount of contracts and capital investment by UGV and the state?

The final amount of contracts will be known after the Supervisory Board’s approval of the winning company. This amount will consist of two components - the first is the tariff per cubic meter of gas that the company will receive to maintain the current level of production. Now, in order to produce this volume of gas, we bear operating and capital costs. Since signing the contract, UGV ceases to bear both operational and capital costs, including the employment of our people in the partner company. Thus, the total amount shall be equal to the volume of production multiplied by the tariff that the company will request from UGV in case of victory.

"The main goal of РЕС contracts

is to increase production"

The main goal is to increase production at these fields, which do not attract much attention from UGV management, since all main production is carried out in Central and Eastern Ukraine and these resources are preferred.

Another goal of these contracts is to obtain world best practices to manage depleted fields and increase the efficiency of work at these fields. This experience can be further used at other fields that are at the final stages of development in Central and Eastern parts of Ukraine, provided useful cooperation with partners and more rapid increase in production compared to when we do it on our own.

On December 16, a subcommittee of the Verkhovna Rada was held spearheaded by Yuri Nagornyak and the Oil and Gas of Ukraine Association, with the assistance of Andriy Zhupanin, which was dedicated to hard-to-recover hydrocarbon reserves. What is your personal attitude and UGV’s attitude to the problematics of hard-to-recover reserves in Ukraine?

Our attitude is very positive. This is of great importance, since the whole potential of a significant increase in production in Ukraine lies in the so-called hard-to-recover reserves. Hard-to-recover stocks are divided into categories. One of these categories is tightgas. Tightgas reserves are almost absent on the balance sheet of Ukraine (according to the State Committee for Reserves). We know that conventional reserves in Ukraine are about a trillion or 900 billion cubic meters. According to the estimates of our geologists and specialists, tightgas hard-to-recover reserves in Ukraine and UGV’s fields are the same as the already explored reserves, which are on the balance sheet. It also means that Ukraine has the potential to double its resource base. It is impossible to significantly increase gas production from UGV’s old conventional gas reserves. First of all, it is due to too high natural decline and too high depletion of fields - about 80%. Therefore, a struggle is underway to set off natural fall in order to significantly increase production, we need new deposits, conventional or unconventional.

"The cost price of producing hard-to-recover

hydrocarbons is much higher"

We do not expect to find or explore large new conventional deposits in Ukraine, but there are many of unconventional ones. Therefore, it is necessary to create conditions for both state and private companies so that they develop these reserves. This requires transparent auctions, it can be PSA, or production sharing agreements. We also need an incentive royalty rate. It is impossible to produce this gas using traditional or relatively “cheap” methods. New more expensive technologies shall be applied. The cost of production here significantly differs from the cost of production of conventional gas. This did not prevent the United States from continuing and the country received record volumes in these unconventional gas deposits. They reached cost reduction. It took from the USA 15-20 years until they discovered technologies. Now these technologies are known, we already tested them at some fields and got a positive result.

What technologies we are talking about?

When we were discussing technologies on a subcommittee on December 16, modern seismic technologies were named in addition to hydraulic fracturing and horizontal drilling, and it was pointed out that technologies such as coiled tubing and snubbing are those technologies that the government should also support. What is the attitude of Ukrgazvydobuvannya to these technologies?

UGV did not use these technologies back four years ago. Now there is no single well that is not subject to coiled tubing. We still do not apply snubbing so widely. But it is a matter of time. Coiled tubing units are significantly faster, more efficient and cheaper than traditional technologies.

How do you think which technologies or which fields shall be out of royalty rate?

We welcome the efforts that the domestic oil and gas industry is making to explain what hard-to-recover reserves are, what new technologies are and why incentive royalty rate is needed.

In fact, it is not a problem to recover any reserves. The modern level of technologies allows one to reach any depth and get production from reservoirs of any density. But this is a matter of the cost price. Hard-to-recover resources require expensive technologies. Therefore, those states that are interested in increasing production and developing hard-to-recover reserves apply even zero incentive royalty rate.

We believe that drilling to depths that were not previously involved in the development, ultra-deep drilling with high reserves should be stimulated. It comes to drilling that is, for example, deeper than six kilometers, which is extremely complicated and where the cost of well construction is growing exponentially. At shallower depths, while producing unconventional reserves, there are two indicators - density and permeability, which differ from conventional gas reserves. In this case, the royalty rate should be, if not zero, then several percent, since there are many of these deposits, but favorable conditions should be created for investors to develop these deposits regardless of the form of ownership.

"Over the past 3.5 years, UGV conducted more than 400 hydraulic fracturing operations.

This all is impossible without the above technologies. Both directional drilling and hydraulic fracturing are now traditional ways of constructing and completing wells. The result of that is the level of production that we now have. Over the past 3.5 years, UGV conducted more than 400 hydraulic fracturing operations. They were mainly performed in conventional collectors. This made it possible to maintain and increase production at existing fields.

We already have these technologies, we have the best foreign specialists who mastered these technologies and taught our employees how to work with these technologies. This is our future. These technologies need to be more widely used in Ukraine, and the state should introduce royalty incentives, simplify the procedures for land allocation. So that for investors who decided to invest USD 5-10 million in the construction of one well, the time for approval of permits takes not 2.5 years, as it was four years ago, and not 6-8 months, as it is now. Of course we can observe the progress, but this issue should take no more than 2 months. And everyone should stand to gain, both landowners and farmers who will receive market compensation for the territories to be developed.

Ukrgazdobycha recently largely strengthened its position while participating in auctions. You decided to use PSA agreements. Tell us more about this. What are your hopes for cooperating with the Vermilion company?

This is the expected result of the work of Ukrgazdobycha over the past four years. If we go back to the 20/20 program, which was developed about 5 years ago, one of the components of this program was the discovery of new fields and production from new fields. The program provided for UGV’s annual receipt of up to 20 exploration sites by the State Service of Geology and Subsoil of Ukraine. Unfortunately, this did not happen. I think you remember that endless series of refusals, especially from the Poltava Regional Council, resulting in blocking of this program in terms of discovery and production from new fields. This is as much as 3 BCM that we were due to increase, starting from 2015. Maybe it sounds strange that Ukrgazdobycha is experiencing resource hunger, but so it is. Those fields and the resource base that UGV owns are 80% depleted. Therefore, UGV intentionally participated in auctions held by the State Service of Geology and Subsoil of Ukraine, as well as in tenders for entering into production sharing agreements.

in the PSA auction with the Canadian company Vermilion"

We for the first time took part in the PSA auction with the Canadian company Vermilion. This company, in our opinion, is the most effective player in the industry in terms of field exploration. They are very successful in Western and Eastern Europe in exploration drilling and we also hope that their experience will help in managing one of the sites that we were jointly granted. After the exploration phase, UGV together with Vermilion will develop these sites and will be guided by the general technical commission with the equal number of representatives of both Vermilion and UGV.

Through the partnership with Vermilion, we hope to get faster and cheaper to commercial production of hydrocarbons at those sites where there is no production at all.

There are also several areas we independently applied for and won. We will also use our best practices and, should we see the useful experience that our partners apply, we will use it in our other areas.