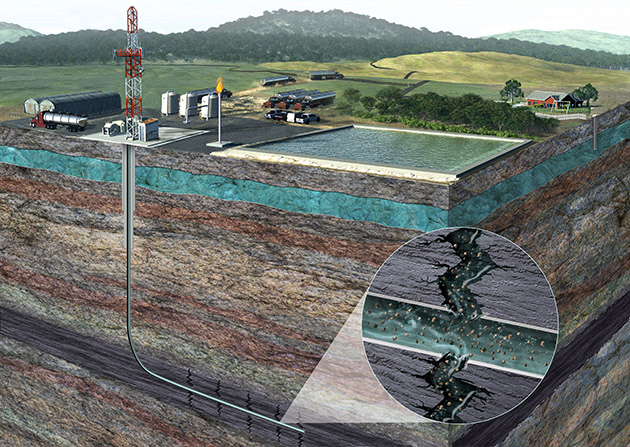 The report covers the range of problems related to the sharp increase in Ukraine’s hydrocarbon resource potential and ways to increase gas production, taking into account existing priorities.
Ukraine’s hydrocarbon gas potential. Undiscovered resources (333+334 classes, C3+D categories) of natural gas in conventional collectors of oil- and gas bearing regions of Ukraine amount to about 5 TCM according to the minimum estimate calculated using common methodology. Because of intensive development of reefogenic and carbonate complexes, additional undiscovered resources gas resources can reach 5 TCM. The development of a variety of non-anticline traps in uneven-aged terrigenous deposits can additionally provide 0.5 TCM of undiscovered gas resources. Ukraine’s undiscovered resources of non-conventional gas can amount to more than 20 TCM. Undiscovered gas resources of the Central Basin (CB) type in tight reservoirs reach 8.5 TCM only in the Eastern region. The development of the CB gas together with shale gas is one of the priority areas for the search for «hybrid» hydrocarbon fields in the near future. A comparatively fast effect can be obtained through developing the deep (over 4.5 km) and super deep (over 6.1 km) horizons with supercollectors. Gas condensate fields in such horizons are at the formative stage with rates of filling of reservoirs that are comparable to the rates of intensive production. A series of high-output deep (over 4.5 km) and super deep (over 6.1 km) wells to be drilled within the Poltava-Kharkov segment of the Dnieper-Donetsk Basin will allow for a significant increase in gas production in Ukraine in next 2 to 3 years.
Black Sea gas hydrates are a potential source of energy. One of the promising opportunities for increasing Ukraine’s resource base of hydrocarbons, along with coal methane, shale gas and tight gas, is the search, exploration and development of natural gas hydrate accumulations. The Black Sea has significant potential resources of hydrated gas and is located in a region close to the export consumers of hydrocarbons. Considering the total gas resources contained in the gas hydrates of the Black Sea that amount to 25 TCM within the boundaries of the exclusively Ukrainian economic zone that existed until 2014, these reserves approximately amount to 7 to 10 TCM of methane. Ukraine’s annual demand for natural gas in 2017 was slightly more than 34 BCM of methane, of which only about 20 BCM is domestic production. If, for example, in order to simplify calculations, we take the Ukrainian part in the amount of 8 TCM of methane, the gas hydrates of the Black Sea in the future will provide Ukraine with natural gas for about 300 years.