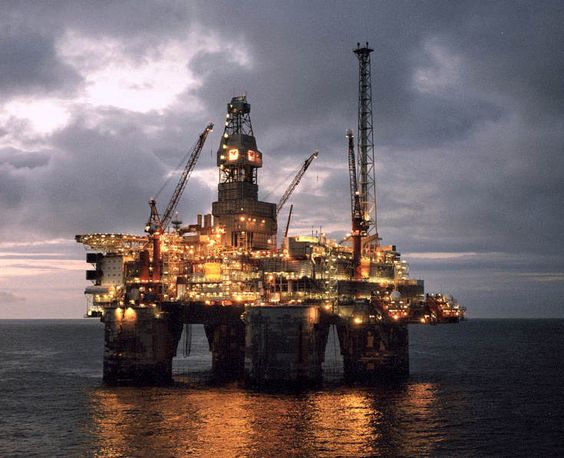 The COVID-19 pandemic will have a profound and lasting impact on oil supply, demand and price for the next 10 years. Two scenarios are presented to help producers understand the challenges associated with fast/slow economic recoveries.

Two representative scenarios from a set are presented below. These focus on the impact of the Covid-19 pandemic. The scenario models generate crude oil, NGL and natural gas supply, demand and price outcomes for:
• Optimistic case: one wave of Covid-19 pandemic with rapid “V” shaped economic recovery.
• Pessimistic (realistic?) case: two-wave pandemic, extending into Q2 2021 with a slow economic rebound.
The common scenario elements are given in the Appendix at the end of the article.

The Covid-19 pandemic started in China toward the end of 2019 and, by April 2020, had spread aggressively to the rest of the Far East, Europe and North America. Between January and April 2020, the impact of travel restrictions and national lockdowns rapidly cut oil demand by 25-30 MMbpd. However, OPEC, led by Saudi Arabia, did not respond to this major drop in demand until May. In fact, Saudi Arabia’s crude oil production reached a peak of 11.9 MMbpd in April, an increase of 3 MMbpd since January 2020 in the midst of the pandemic.

SUPPLY REDUCTION. Non-OPEC producers, including the U.S., started to reduce production in March as spare storage capacity dwindled. This was particularly in Canada and the U.S. By the end of April, U.S. crude oil production had fallen by 1.8 MMbpd, mostly by shutting in production wells in the LTO basins. Belatedly, in April, OPEC convened a meeting to curtail production, and by June 2020, OPEC output had fallen by 6 MMbopd from January 2020. Unsurprisingly, OECD industry oil stocks rose by 300 MMbbl between January and April 2020. The consequences of OPEC/Saudi Arabia’s misjudgment will weigh on oil prices until excess stocks are eliminated.
Most of Europe and the Far East seem to have drastically reduced the scale of the pandemic and may be well-placed to manage a second wave in the autumn-winter of 2020-2021, without excessive economic damage. However, the same cannot be said for the U.S., Central and South America, Africa, the Indian subcontinent and the Middle East. It seems likely in these areas that a second wave will emerge, while the first wave is still not under control. In this case, the economic damage is likely to be deeper and more far-reaching. 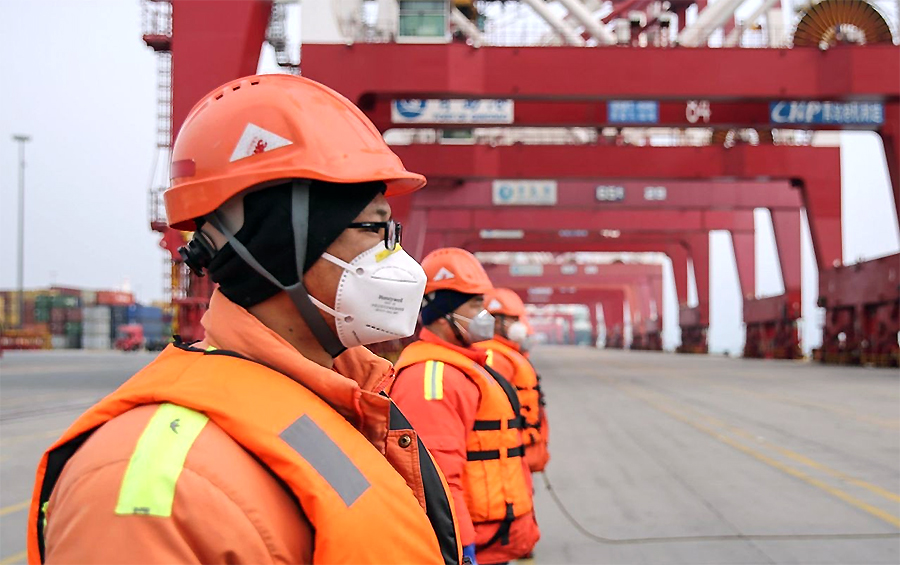 The oil market remains oversupplied, as it has since 2014, and this is most likely to continue into the second half of this decade. In this situation, the oil price is highly sensitive to OPEC policy and the effectiveness of its implementation. Managing the demand recovery from the Covid-19 pandemic will be especially challenging for OPEC.

DEMAND. The historical and forecast pathways of global oil demand and economic growth for the two scenarios are depicted in Fig. 1. In the single-wave scenario, there is a rapid “V”- shaped economic recovery into the first half of 2021, but oil demand does not return fully to the pre-pandemic trend. In the more pessimistic scenario, oil demand does not reach 2019 levels until 2022-2023 and remains well below the pre-pandemic trend. The current pandemic development suggests that an outcome close to this pessimistic scenario is more likely.
In the short term, the excess oil stocks will weigh on the oil price. Strict OPEC discipline in the face of a slow demand recovery will be required to clear these stocks over the next few years. These two scenarios model gasoline and diesel demand, assuming zero-emissions vehicles make up 60% of new vehicle sales by 2040. Therefore, they both forecast slowing oil demand toward a peak in the mid-2030s at some 105-108 MMbopd.

SUPPLY. OPEC and Saudi Arabia face daunting tasks ahead that will challenge the unity of the group. The quality of analysis, policy and decision-making has to be greatly improved, if OPEC is to successfully navigate this decade. In the short term, matching supply to the likely faltering recovery demand will be difficult in the face of recovery of production from non-OPEC. Given the >300 MMbbl of excess stocks, it would be prudent for OPEC to err on the conservative side in restoring production.
In the medium term, the group also will have to manage the probable return of some of the 5.7 MMbopd of shut-in production in OPEC countries (Venezuela, Iran and Libya) and non-OPEC countries (Syria and Yemen) due to wars, sanctions and civil strife. Libyan production is expected to begin returning to the market in 2020, but there remains a high likelihood of further internal strife. The return of Venezuela and Iran is likely to be a slower process, with the slow decline of the Venezuelan state still underway and U.S. sanctions still applied to Iran.
Nevertheless, it seems likely that both Iran and Venezuela are likely to return to higher levels of production before the middle of this decade. Saudi Arabia and the rest of OPEC will have to accommodate this return, should it take place by cutting production. This will put considerable strain on OPEC countries that have been stretched financially by rash market share policy decisions since 2014 and the impact of the covid-19 pandemic.

OPEC also will have to manage the recovery of U.S. LTO production, as demand and oil price rise. Figure 2 shows the forecast call on OPEC crude oil for the two scenarios. In the pessimistic scenario, the call on OPEC crude oil rises to 32 MMbpd in 2024, before falling to 31 MMbpd in the mid-to-late 2020s. Thereafter, the demand for OPEC oil rises into the 2030s, as several major non-OPEC producers commence secular declines, notably Russia.
In the U.S., LTO production has risen from zero in 2002 to nearly 7 MMbpd in 2019. It has met most of the growth in demand since 2011. U.S. LTO is essentially a price taker and not a swing producer, like OPEC. The price sensitivity of U.S. LTO varies from basin to basin, with the Permian being the most robust to declining oil price. Basin-by-basin modeling, using a proprietary drill-out model and historical rig count data, indicates that U.S. LTO production takes some six months to start to respond to a price signal, and up to 12 months to fully respond, as rig counts and the number of new producing wells fall. This is due to the time lags in unwinding operations, hedging horizons and costs of supply, as well as the need to maintain drilling to maintain production, due to the rapid decline rate of U.S. LTO wells.
Exceptionally, in the spring of 2020, U.S. LTO production fell sharply by more than 1 MMbpd, due to existing producing wells being shut-in, in the face of vanishing storage capacity and demand. The historical and forecast U.S. LTO production and rig counts from the main basins for the two Covid-19 scenario models are shown in Fig. 3. This highlights the delays in response to both falling and rising oil price.
And, U.S. LTO production is forecast to fall by 1.5-2.0 MMbpd and not recover until after 2022 (one wave of Covid-19 and rapid economic recovery) or after 2024 (two waves of Covid-19 and slow economic recovery), Fig. 3. Financially exposed operators, even in the lowest-cost Permian basin, are unlikely to survive without considerable external assistance and debt “management.” Thereafter, oil price recovery supports increasing U.S. LTO production toward a plateau of 8-9 MMbpd in the early 2030s.
Figure 4 shows the widening gap between forecast oil demand and supply in the U.S., after the Covid-19 pandemic, until the mid-2020s. This is mainly because of the reduction in U.S. LTO production between 2020 and 2024. Net oil imports are forecast to be 3-4 MMbpd in this early-2020s period.

PRICE. The oil price trajectory has three phases in the period to 2030, Fig. 5:
• Climb out of the pandemic to 2022-2024, to $65-70/bbl
• Retrenchment and a “wobbly plateau” to the late 2020s ($50-60/bbl)
• Steady rise, as supply tightens toward $80/bbl in 2030.
The impact of coronavirus on the global economy and, hence, demand for oil is profound, particularly in the most likely case of a deep and lengthy recession associated with a prolonged pandemic. Without aggressive OPEC intervention, the average crude oil price could remain below $50/bbl until after mid-2022.
Until the late 2020s, the oil market is oversupplied, and OPEC policy is a crucial factor in this “wobbly plateau” phase. The price forecasts for the two scenarios in Fig. 5. are conditional on OPEC managing its production effectively, to only just meet the required call on OPEC crude oil.
The marked drop in the forecast price pathways, between 2024 and 2027, results from the rising U.S. LTO production, as the oil price rises above the $50-60/bbl range, Fig. 3.

OPEC has three policy response options:
• Manage production to just meet the call on OPEC crude oil (as shown in the two scenarios shown here).
• Reduce production to support the oil price at a higher target level ($60-70/bbl for example).
• Pursue market share by producing more than the market requires and drive the price below $50/bbl.
If OPEC pursues a price target, the oil price can be held at, or close to, a desired level by further production restraint. If OPEC pursues market share, the oil price will sink to the cost of the marginal new barrel, around $40-45/bbl (rising demand), or the marginal cost of production at some $30/bbl (flat or falling demand). As we have seen in 2014, 2015-2016 and 2020, the market share policy does not work, because U.S. LTO is resilient to oil prices as low as $45-50/bbl. The only sure outcomes are to further and severely damage OPEC countries’ finances, to constrain their ability to raise debt on the international markets, and to deplete foreign reserves.
In the second half of this decade, supply and demand are forecast to move closely into a tightening balance, as non-OPEC production, notably from Russia, commences declining, and U.S. LTO reaches a plateau. The oil price is expected to rise toward $80-90/bbl (one-wave pandemic scenario) or $70-80/bbl (two-wave pandemic scenario), even without OPEC intervention, Fig. 5.

• OPEC manages production to just meet the required call on OPEC crude oil.
• Libya returns to full production capacity in the early 2020s.
• Venezuela returns gradually between 2022 and 2027.
• Sanctions on Iran are lifted in 2025.
• Iraq reaches a production capacity of 6 MMbopd in the early 2030s.
• Deepwater Brazil reaches peak production of some 6 MMbopd in the mid-2030s.
• U.S. LTO has a maximum production potential of 8-9 MMbopd in the early 2030s. (Note that SPI’s definition of LTO production differs from that of the EIA, in that we exclude production derived from wells drilled prior to the innovation of fraced horizontal wells after 2002).
• Russia’s crude oil production starts to decline in the mid-to-late 2020s.
• Gasoline and diesel demand are forecast from a proprietary road vehicle model, with an electric vehicle market penetration of 60% of new vehicle sales in 2040. These electric vehicle sales are 80% battery electric or hydrogen fuel cell electric vehicles.
• No other global recessions or conflicts/sanctions regimes significantly affect production or demand.

Peter R. A. Wells DR. PETER R.A. WELLS is CEO of Strategic Petroleum Insights. He has held research, exploration and senior technical and business development roles in a 30-year career with Shell, BP and LASMO in the Middle East, West Africa, former Soviet Union and the North Sea. He directed the development of BP’s business strategy in the southern Caspian and was BP’s chief negotiator in Azerbaijan during 1992-1993, leading to business entry and access to multi-billion-barrel opportunities. Dr. Wells also was business development director for LASMO in the Middle East and led a successful business effort in Iran. He co-founded the global exploration geological consulting business, Neftex, which was acquired by Halliburton in 2014. In 2005, he founded Strategic Petroleum Insights, a global oil supply, demand and price forecasting business, based on proprietary scenario models and databases. Dr. Wells holds a BSc degree (1973) and PhD (1976) in geology and was a Fellow at the University of Oxford from 1976 to 1978. He is a member of AAPG and the Royal Institute of International Affairs (Chatham House).