The New Energy Outlook (NEO) is BloombergNEF’s annual long-term scenario analysis on the future of the energy economy.

This edition presents three climate scenarios that meet the Paris Agreement and achieve net-zero emissions in 2050. Our Green Scenario is a net-zero pathway where so-called ‘green hydrogen’ complements greater electricity use, recycling and bioenergy. Our Gray Scenario assumes greater use of electricity and renewable power is complemented by carbon capture and storage technology and allows for the continued use of some fossil fuels. Our Red Scenario assumes smaller, modular nuclear is deployed to complement wind, solar and battery technology in the power sector, with dedicated nuclear plants manufacturing so-called “red hydrogen”. This year’s analysis has been designed to support strategy development and long-term planning, especially in the lead-up to COP26 in November. 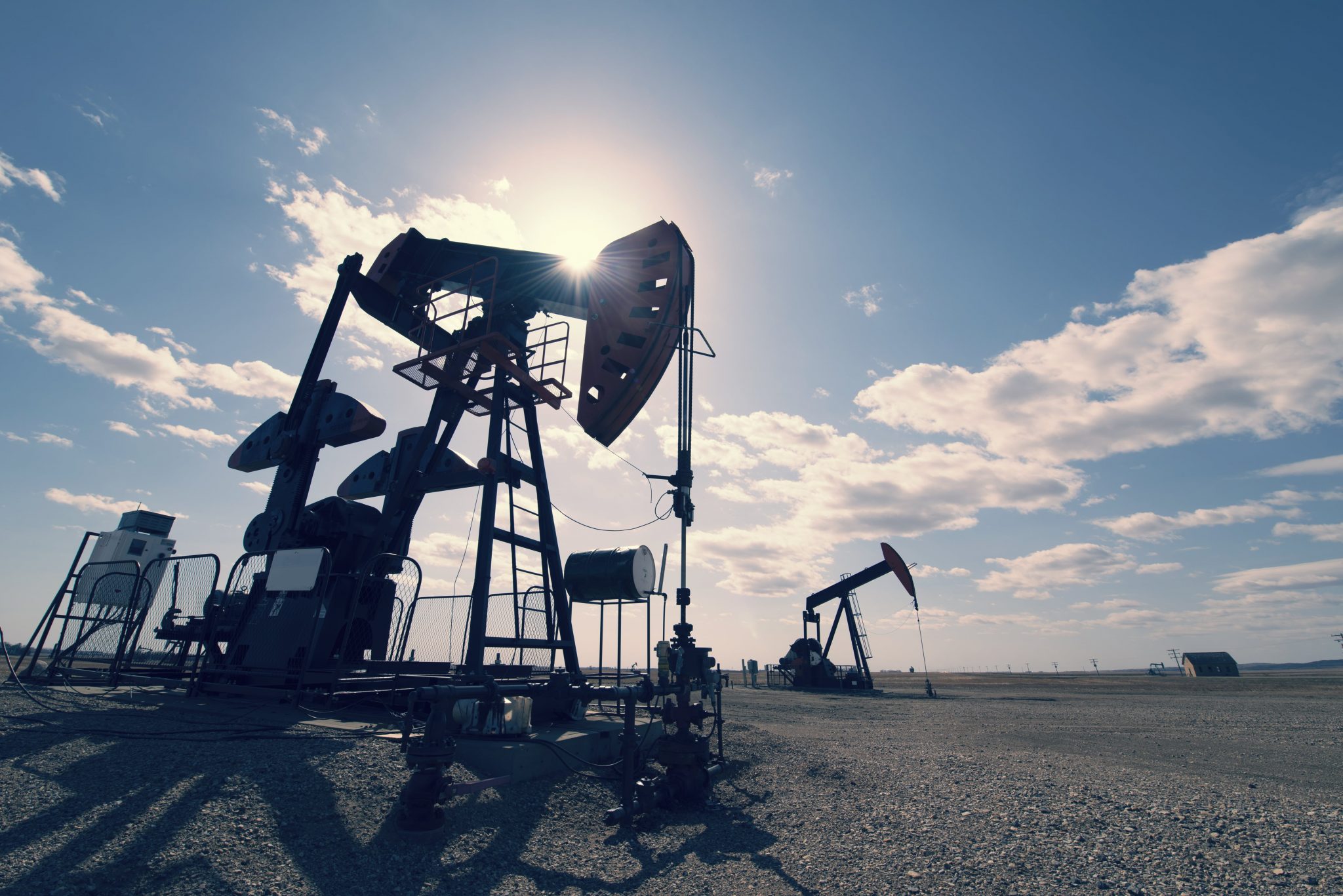 3. Getting on track
Getting on track for net-zero emissions in 2050 means deploying commercially available abatement technologies in each sector this decade. More than three quarters of the effort to cut emissions in the next nine years falls to the power sector and to faster deployment of wind and solar PV. Another 14% is achieved with greater use of electricity in transport, in heating for buildings and in providing lower-temperature heat in industry. Greater recycling in steel, aluminum and plastics accounts for a 2% drop in emissions, greater building efficiency 0.5%, and growth of bioenergy for sustainable aviation fuel and shipping another 2%. The following milestones will need to be achieved by 2030 to be on track to reach net-zero by mid-century:

4. Clean power
Electrification plays a large role. Across all scenarios, the use of electricity in industry, transport and buildings raises its share of total final energy to just below 50% in 2050, from 19% today. As a result, electricity generation is almost 62,200TWh in BNEF’s Gray Scenario, more than double the 2019 total. But in the Green Scenario, where electricity is also used to produce large quantities of hydrogen, power generation is twice as large again – more than 121,500TWh, or roughly 4.5-times 2019 levels. This is split between green hydrogen production, which takes 49%, and 51% that is consumed directly in the end-use economy. While the first 1,000 gigawatts of wind and PV took twenty years to deploy, getting to net-zero emissions in our Green Scenario will need about 1,400GW of renewables to be deployed every year, on average, for the next three decades. In our Green Scenario the market opportunity for renewables is staggering:

5. Hydrogen
Hydrogen must scale rapidly from its current very small base, but the size of its role varies widely by scenario. New demand for hydrogen in 2050 is just 190 million metric tons in our Gray Scenario, compared with 1,318 million tons in the Green Scenario, where it increases to around 22% of total final energy consumption, compared with less than 0.002% today. 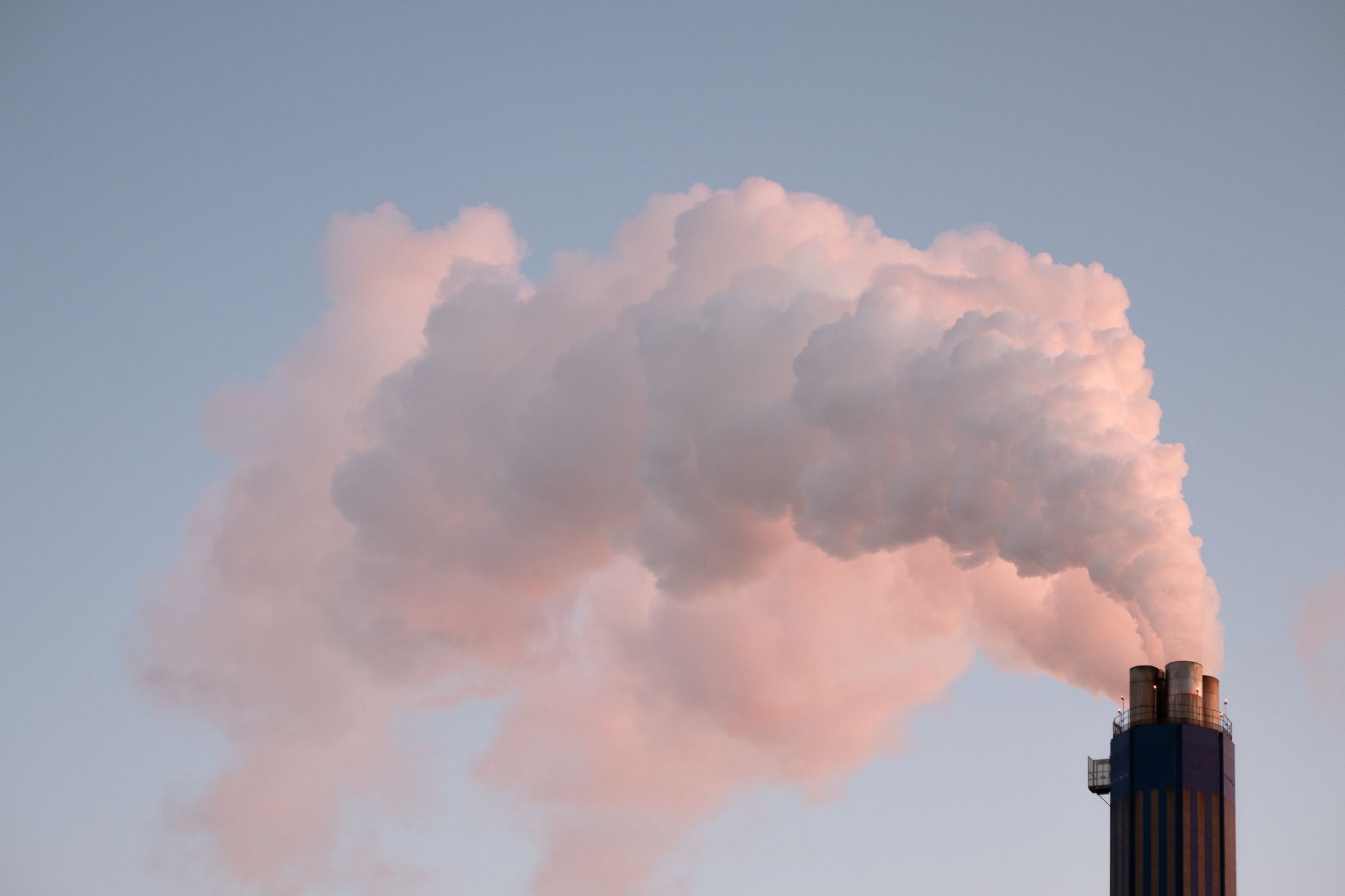 6. CCS
Carbon capture and storage technologies, or CCS, can be applied across a variety of processes that emit carbon dioxide, including power generation and aluminum, steel and cement production. Widespread use of CCS captures over 174 gigatons of carbon dioxide over the outlook to 2050, in our Gray scenario.

7. Nuclear
In the Red Scenario, which prioritizes nuclear power, there is 7,080GW of nuclear capacity by 2050. This is about 19-times the nuclear power capacity installed globally today. Just under half of that is used to generate electricity in the end-use economy, where smaller, more modular reactors complement renewables. The rest is made up of dedicated nuclear plants that power electrolyzers producing so-called ‘red hydrogen’.

8. Fossil fuels
Demand for fossil fuels sees a significant decline over the next 30 years in all scenarios. The Green and Red Scenarios show demand for coal, oil and gas for combustion drop to zero by 2050, replaced by renewables, electricity and hydrogen. Fossil fuels fare better in the Gray Scenario, where CCS offers a way forward for coal in power generation and industry, and reverses some of the decline seen in gas from 2030. However, it does little to support oil, which is predominantly used in transport, where CCS can barely play a role. 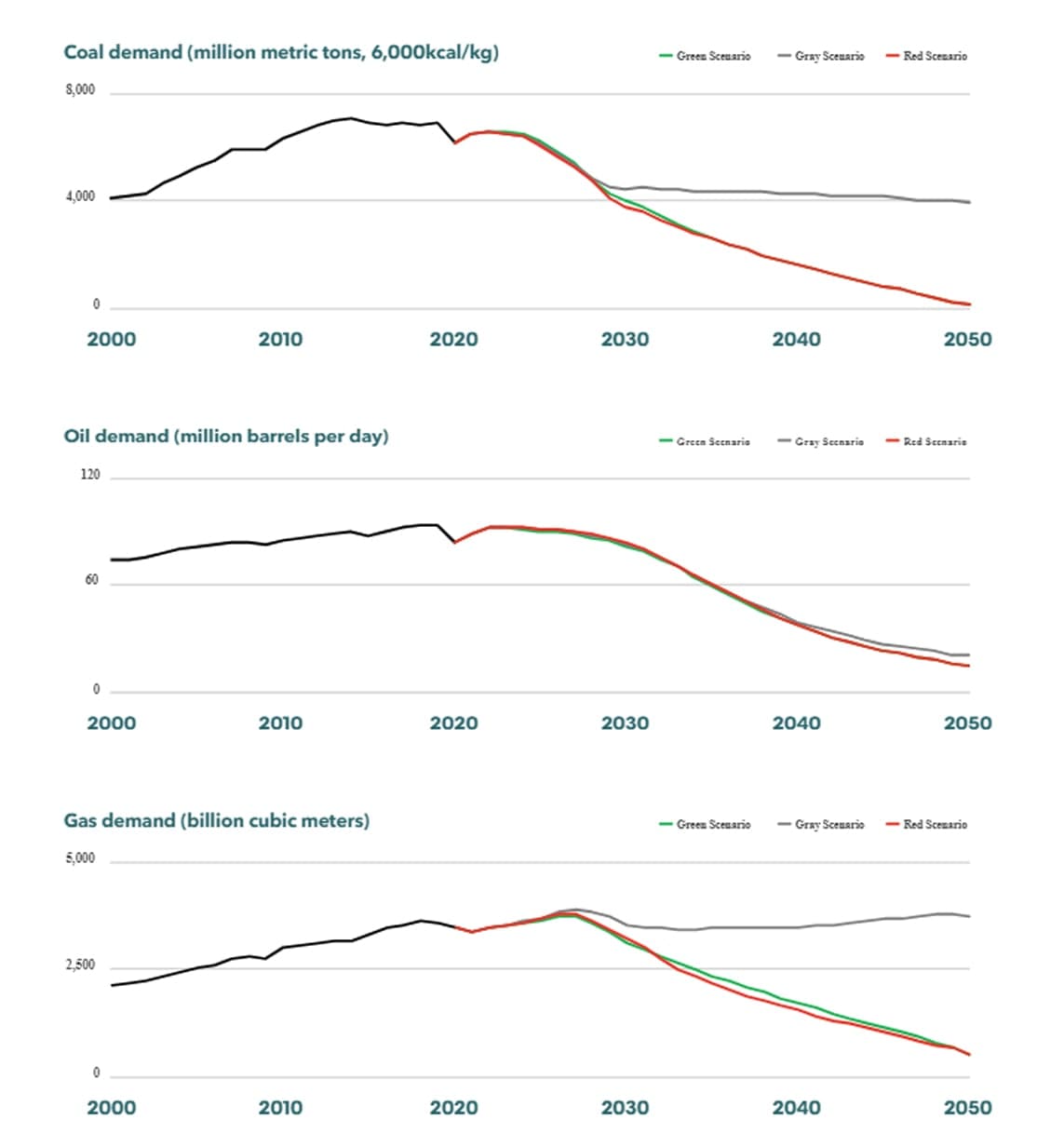 9. Investments
Despite uncertainty around the overall cost of each NEO scenario, we estimate investment in energy supply and infrastructure to between $92 trillion and $173 trillion over the next thirty years. Annual investment will need to more than double to achieve this, rising from around $1.7 trillion per year today, to somewhere between $3.1 trillion and $5.8 trillion per year on average over the next three decades.